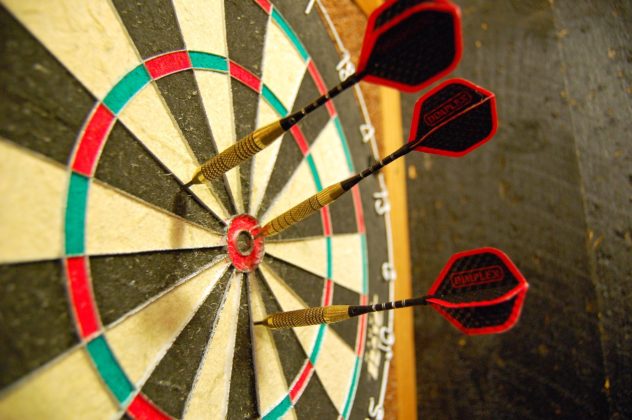 Anybody who’s watched a Civil War movie (or has heard the Iron Man theme by Imagine Dragons) is familiar with the term “Ready. Aim. Fire.” Classically speaking, it’s a series of commands that officers used to order soldiers to discharge their weapons. The concept is simple: Ideally, it’s best to prepare, then get the goal in sight before pulling the trigger.

Well … Usually. But not always.

There’s a downside to Ready. Aim. Fire. Some have called it paralysis by analysis. This condition rears its head when we exert so much effort in the pre-action stages that we seriously delay getting to what we actually planned to do.

The remedy might be to mix things up a bit. It’s what I (and others) call Ready. Fire. Aim.

Ready. Fire. Aim. means taking a shot – any shot – to see where it lands. That provides a frame of reference from which to adjust for the next round. Attempt number two may not hit the bullseye either, but it’s bound to be closer. And on it goes. Progress. Steps in the right direction.

This method can often lead to a win in less time than we might have otherwise spent trying to find the perfect way to get started.

For example, let’s say you want to paint a room in your house. You could spend hours on Pinterest and Instagram, talk to friends, read blogs, study sample chips at the Sherwin-Williams store, watch YouTube videos, and more. Ready. Aim. Fire.

Or you could buy one of those tiny cans of paint and roll a couple strokes on the wall to see how it looks. Too dark? Get a lighter shade and try again. Better? One more attempt. Nailed it. Ready. Fire. Aim.

Obviously, Ready. Fire. Aim. doesn’t work for everything. I wouldn’t want my surgeon or airline pilot to use this technique. But for many endeavors it’s just fine. It can cut short the locker room discussions and get us onto the playing field. It might even be the difference between success and failure.

An ancient proverb says, “I fear that I will spend my life tuning my instrument and never master the song I was meant to perform.” That would be a tragedy. On the other hand, why not jump in, do our best, and learn from the experience? That’s Ready. Fire. Aim … a great way to target the outcomes we desire most.